TV is not dead. But it needs to see a doctor

One of the many thought provoking contributions in the book ‘Eat Your Greens’ is Post-Truth Telly by Tess Alps. Tess is the chair of Thinkbox. Thinkbox is the UK equivalent of Screenforce in the Netherlands.
Their job is to promote television. Of course they say that TV is not dead. And they are right. Even for the agegroup of 16-34 TV still beats Facebook and YouTube. 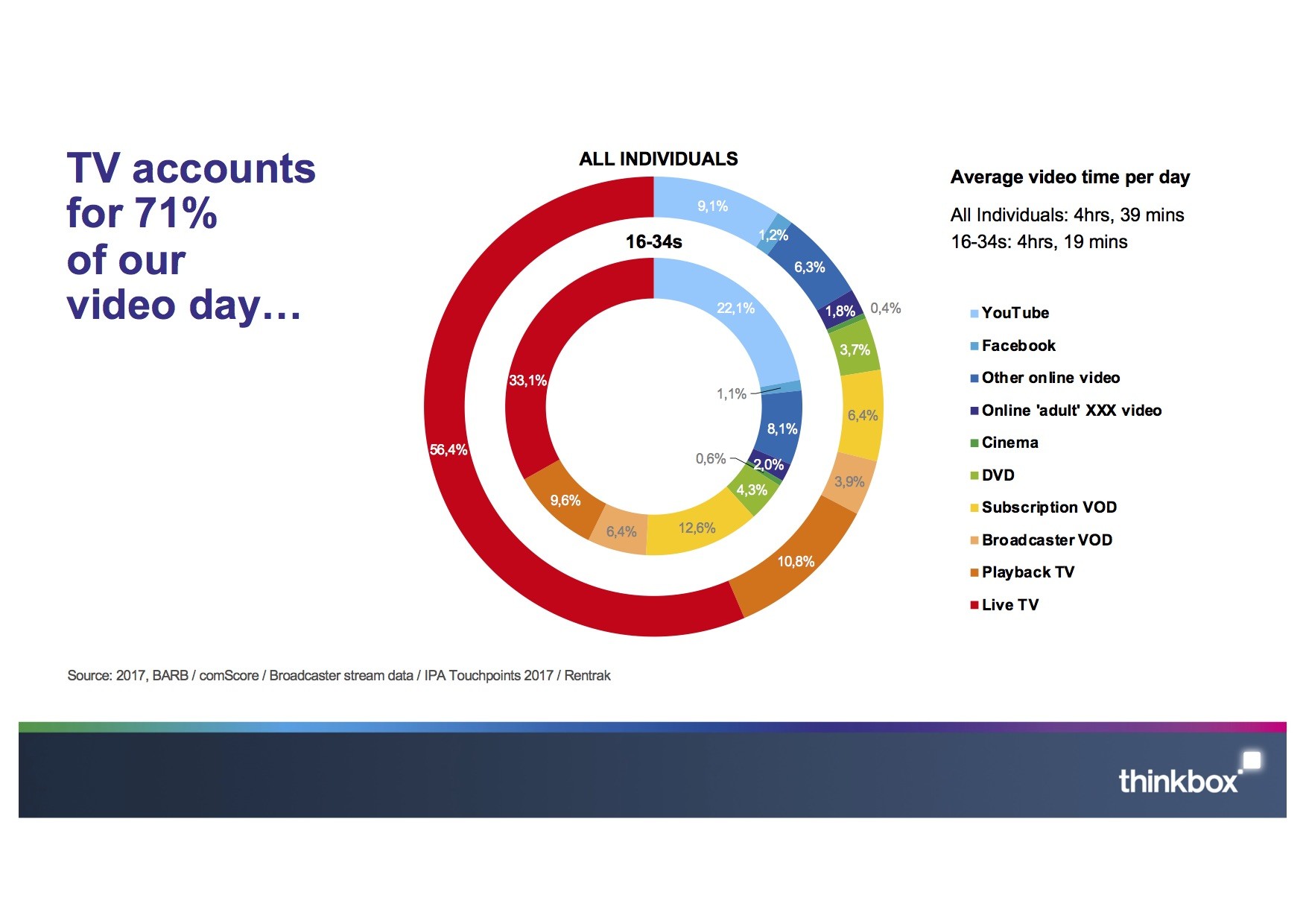 Thinkbox Killer Chart
This is a Thinkbox ‘Killer Chart’ saying TV is not dead. I agree. Most of our viewing time goes to the TV set. Even when you are a bloody millennial it does. Mark Ritson loves this chart too. But he also believes that all these inner circle screenagers will become the old fashioned couch potatoes from the outer circle once they are married and as old as he is. See his column here. I disagree. (Though he is totally right about @GaryVee of course).
Here is what BARB and SKO (the Dutch BARB) measure as ‘Total TV’. Viewing time in front of the television set for different age groups 2007-2017. 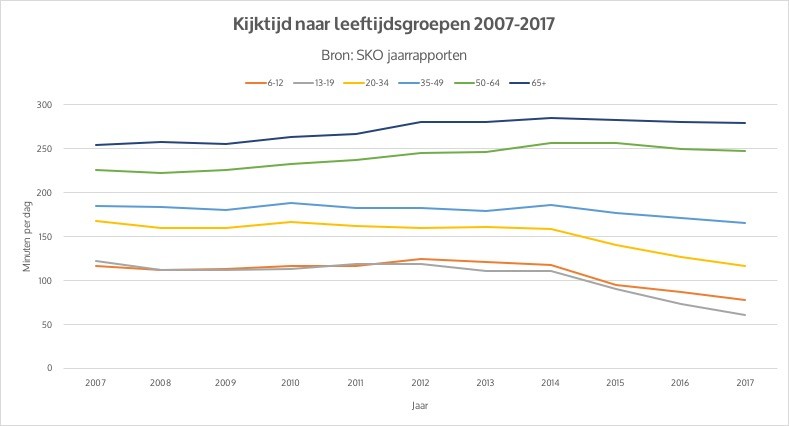 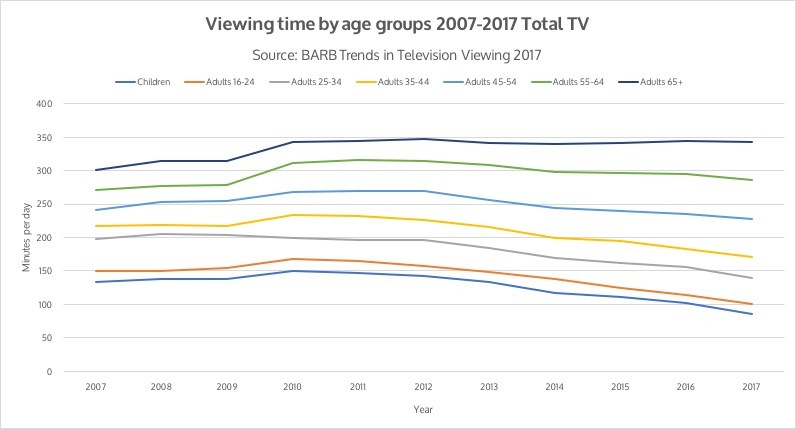 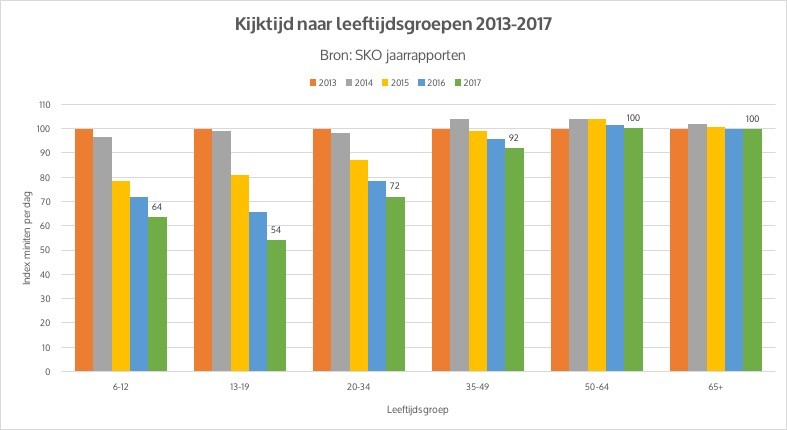 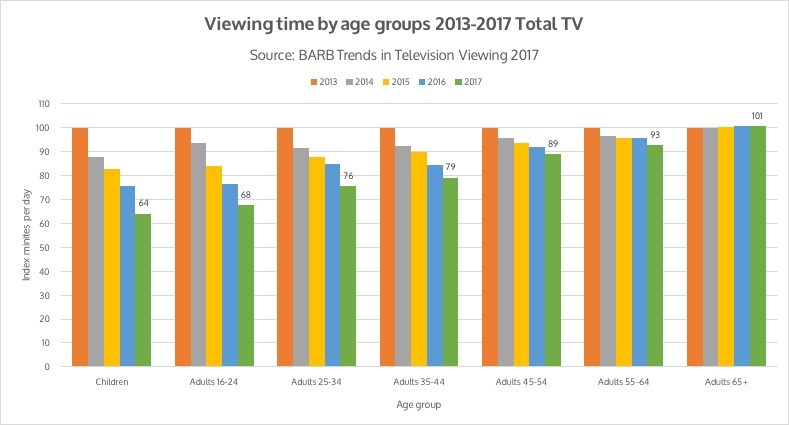 1 I would not recommend Gary V.